This is the front page of the February 1979 issue of The Rocket, the Rainhill parish magazine. It shows a replica of the Rocket, quite possible the same one as used in the Rainhill Trials re-enactment, which is anticipated in the slogan “Rocket mania will soon hit Rainhill”. We are given an introduction to the Rainhill Trials and the participants, and a description of the building of the Rocket (“probably the most remarkable locomotive ever known”). The magazine states that the Rocket’s decisive advantage at the Trials was its increased number of small-diameter tubes in the boiler, suggested by Henry Booth: this, together with the exhaust-steam blast, greatly increased the Rocket’s evaporative power 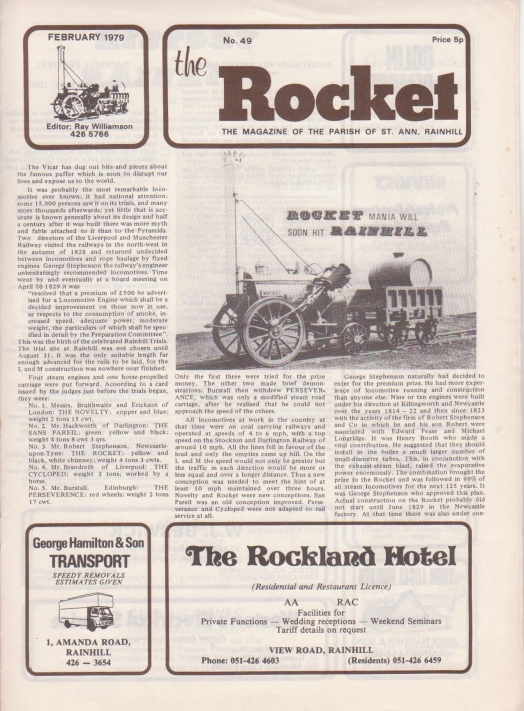