On this page, three schoolchildren at Rainhill St. Ann’s Infant School lucky enough to witness Flying Scotsman’s visit recall the experience. One, Andrew Grundy, mentions how he previously saw “the most famous engine in the world” at Steamtown in Carnforth, now the base of the West Coast Railway Company. All three describe their excitement at seeing the iconic locomotive: apparently, it was then followed by a diesel-hauled express train 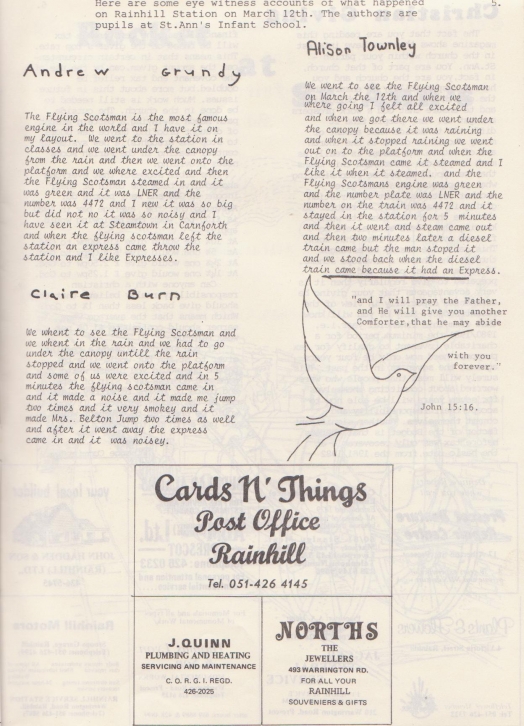