Eric Shenton. The caption to this photograph, possibly from a newspaper, describes how on 13th April 1956 workmen at the former Crown Street station, by then a goods yard, accidentally excavated some rails that “perhaps, once carried the Rocket, 125 years earlier”. In fact, neither the Rocket nor any other locomotive would have been carried on those rails, at least not while Crown Street was used as a passenger station, as the locomotives would stop at Edge Hill, and the coaches would be detached and pulled to Crown Street by a winding engine 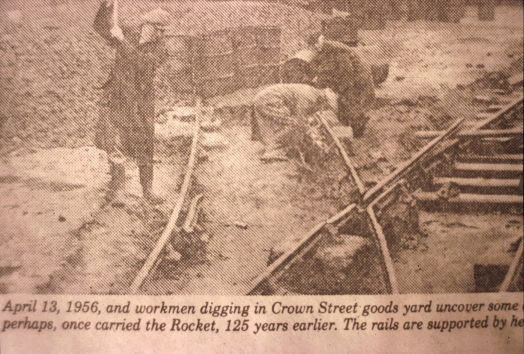